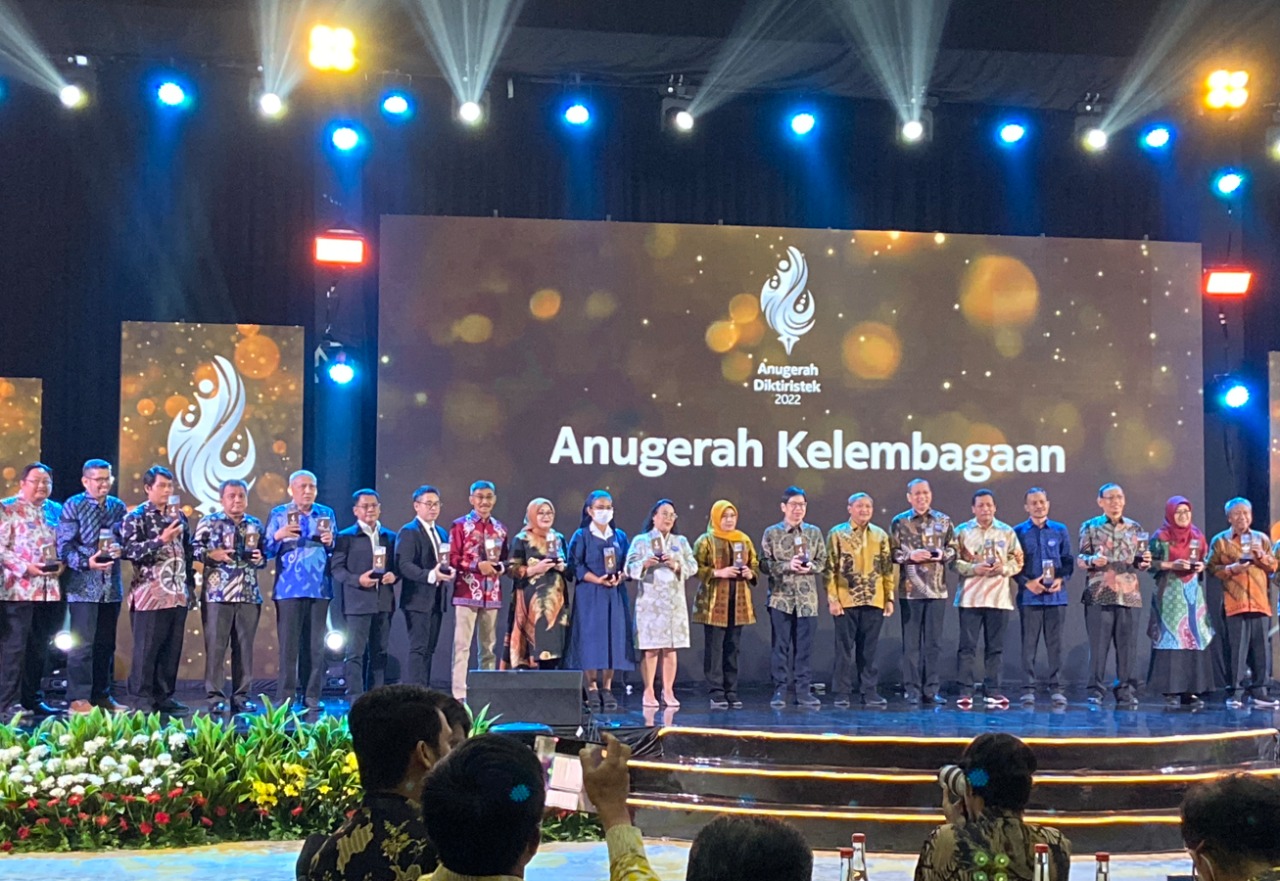 The award received by Untar was for the best Institutional Support System (ISS) – MBKM organizer in the Independent Campus Competition Program (PKKM) 2022 held for universities bound in the second league.

Diktiristek Award 2022 awards the stakeholders of Ditjen Diktiristek that has supported the implementation of higher education, research, and technology progams and policies.

Acting (Plt.) Director General of Higher Education, Research, and Technology Nizam appreciates the cooperation that has been built in accordance to Dikti’s theme of three years, which is gotong royong (collaboration). Everyone needs gotong royong to transform Independent Learning Independent Campus (MBKM).

Meanwhile, Acting Secretary of Dirjen Dikti Ristek Tjitjik Srie Tjahjandarie said that the award given is the prove of commitment of Ditjen Dikti Ristek in appreciating the performance of higher education stakeholders in the effort of developing excellent human resources beneficial to the society, nation, and country.

She added, the award given has gone through selection process, which included data-based assessment of universities performance to the society.

In total, 397 awards was awarded to 144 recipients from universities, LLDikti, partners from ministries/institutions, industries, journalists, and media. -SS-