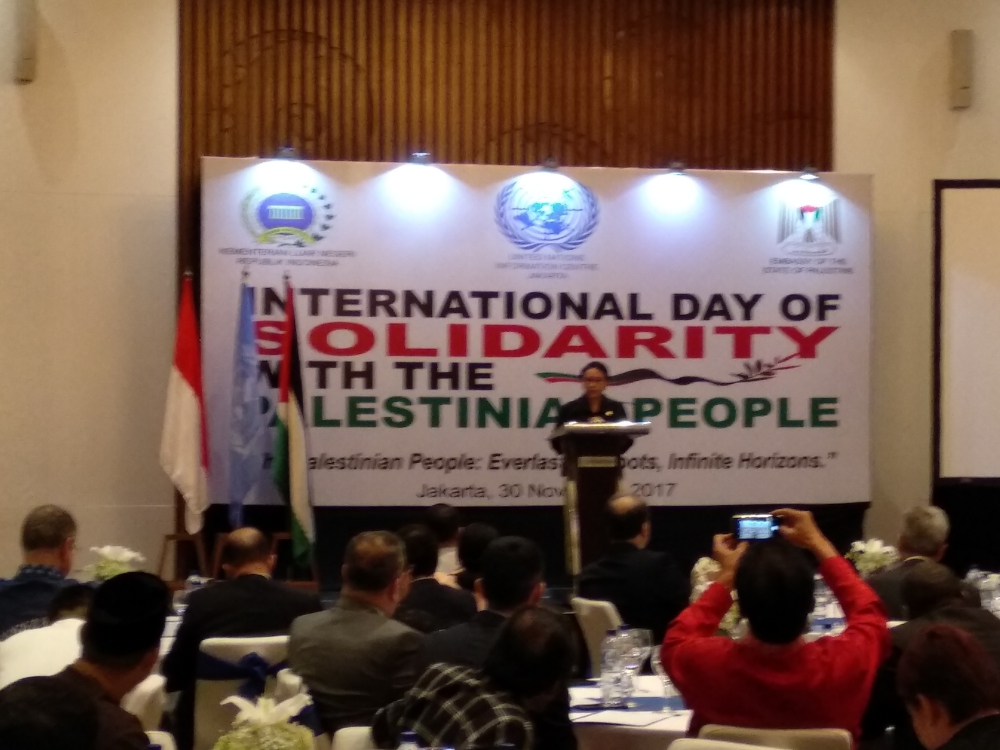 The Communication Faculty’s Dean, Dr. Riris Loisa, M.Si. together with one of Fikom Untar’s lecturers, Dyah Ayu Candraningrum, MBA., M.Si. attended the International Day of Solidarity for the Palestinian People entitled “Ending the Occupation: The Path to Independence, Justice and Peace for Palestine.” The event organized by the United Nations Information Center (UNIC) was held in Sasono Mulyo Hotel Ballroom Le Meridien Jakarta, November 30, 2017). The event was opened by Director of United Nations Information Center (UNIC) Eshila Maravanyika and attended by many representatives of embassies of neighboring countries. Among them Dr. Zuhair Al Shun as the Palestinian Ambassador to Indonesia and Mourad Belhassen as the Saudi Arabian Ambassador who is also the Embassy of the Republic of Tunisia in Indonesia. On this occasion, the Minister of Foreign Affairs of the Republic of Indonesia Retno LP Marsudi also gave a short speech. According to Retno, Indonesia strongly supports the reconciliation process between Palestine and Israel for the creation of international peace. “(SA)