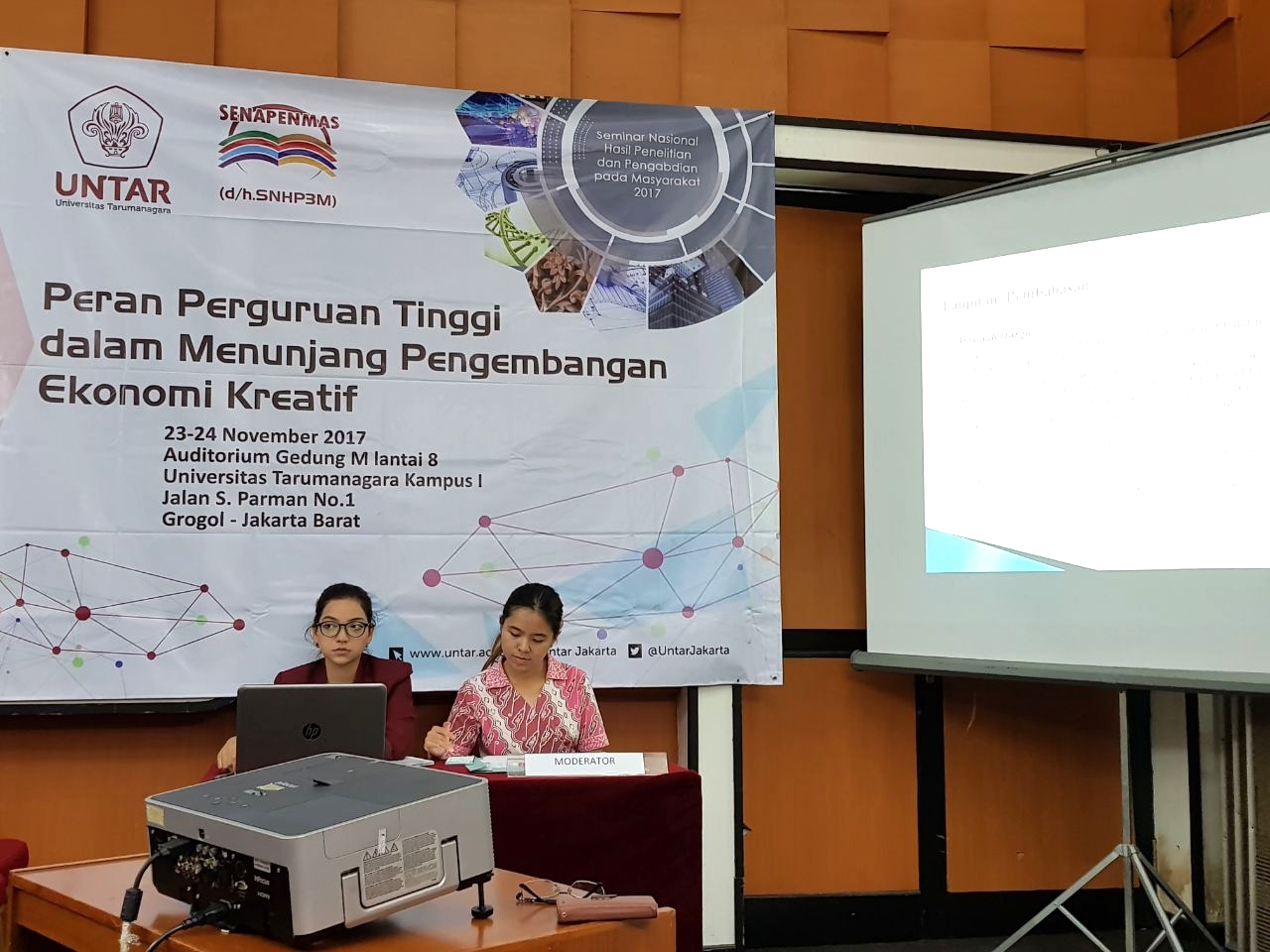 On 23-24 November 2017, Tarumanagara University held a National Seminar on Research Result and Community Service 2017 which was organized by DPPM Untar, in Auditorium of Building M on the 8th floor of Universitas Tarumanagara. The theme of this national seminar is “The Role of Universities in Supporting the Development of Creative Economy” followed by several universities throughout Indonesia. On this occasion, Fikom Untar lecturer received research grand and devotion to the community both internally and externally. The lecturers presenting their results that has been done during 2017. According to Lecturer Fikom Untar Wulan Purnama Sari, SIKom., M.Si believes “This event is very important to show to the community, research results and Community Service conducted by Fikom Untar has benefits for the development of communication science and society “. (SP)