Vintage Radio and Its Existence 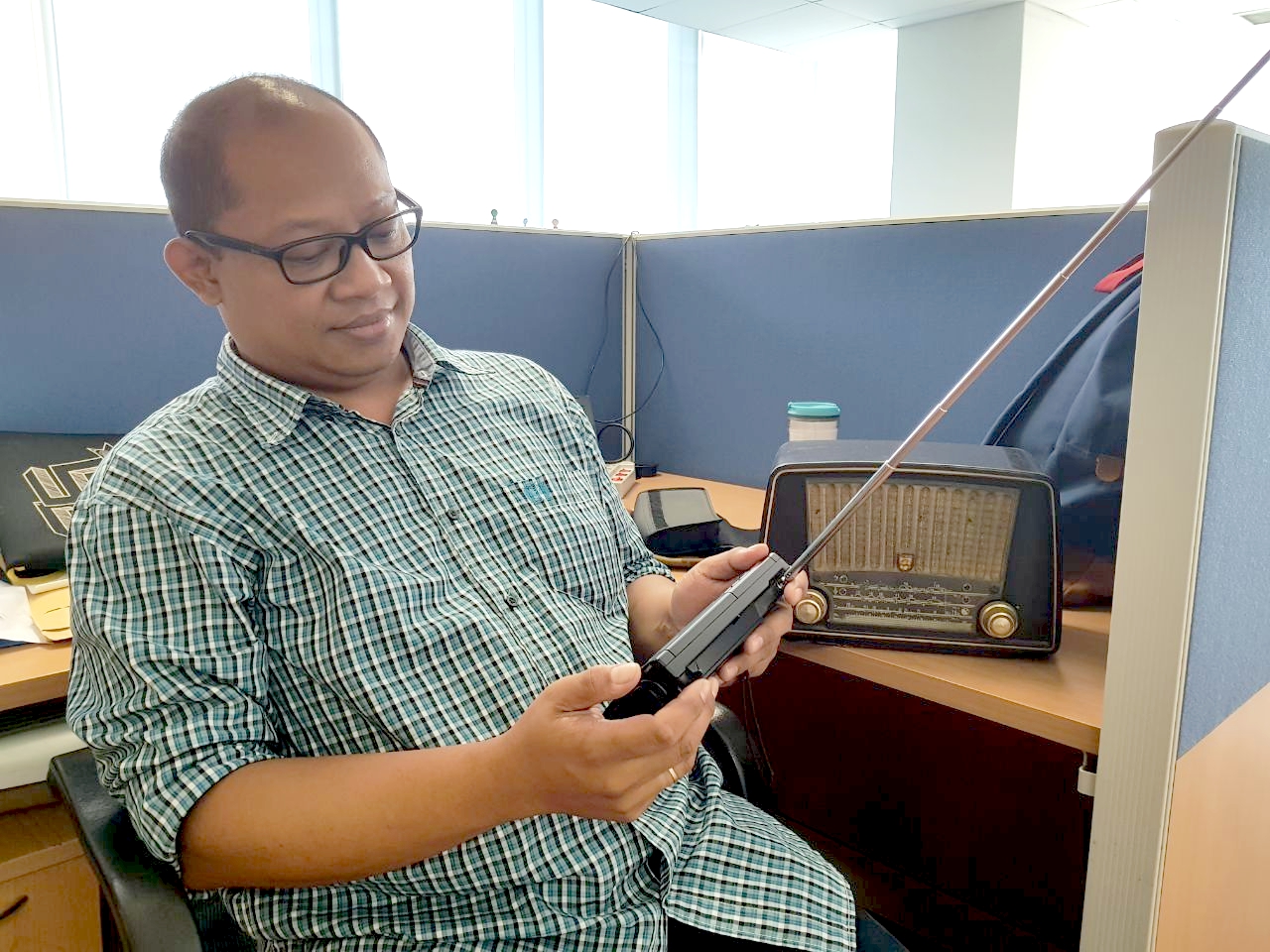 Untar.ac.id/fikom – Tarumanagara Communication Science Faculty lecturer Nigar Pandrianto, S.Sos., M.Si which also an advertising practitioner, had a unique hobby such as collecting an “old school” radio. Currently, Nigar has 22 units of vintage radio. He collected it since a child. These vintage radios can be found by him on cities that he visit and online markets. According to Nigar “vintage radios are mass communication that is popular during Indonesia declared independence, these radios became a broadcast mass media throughout Indonesia at that time”. Furthermore Nigar explained “Nowadays, technology information and development have advanced and it changes the taste . Even so I still like old school radio until whenever and still trying to preserve old school radio “.