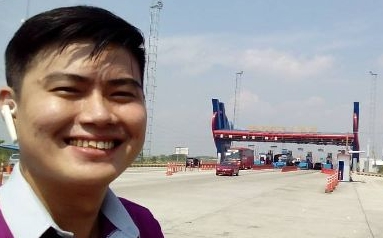 Untar.ac.id/fikom – Willy is an alumnus of the Faculty of Communication Science Tarumanagara University whose career in journalism as an RTV reporter. 3 years as a journalist made Willy become mature in the world of journalism, it was proven in covering the flow of Idul Fitri 2017 yesterday. According to Willy “covering the current reverse flow and forth is the longest coverage in his career for about 15 days”. Willy felt his work tempo as a journalist was being tested.

According to Willy “In Fikom Untar, I Had lots of ideas about things in Journalism.” Willy expressed that Fikom Untar gave lots of understandings about how to communicate in journalism with various people, this lecture helped Willy a lot in journalism world so that he can well adapt. (AM)