Idea is like a Lamp – Electrical Engineering Industrial Visit 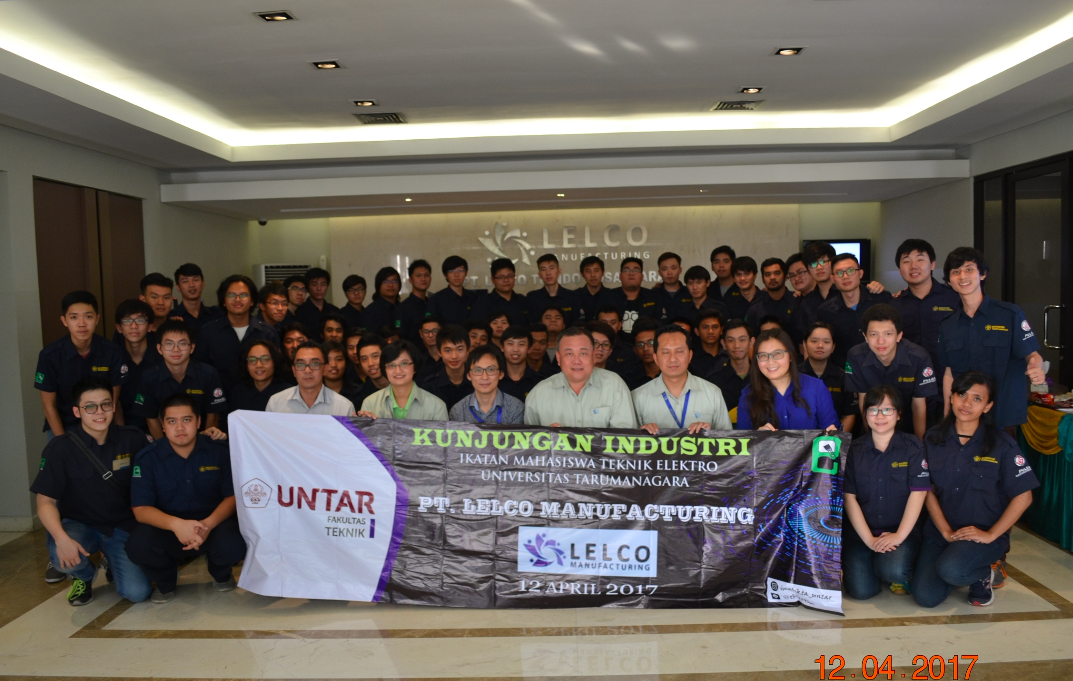 TANGERANG – 80 students of the Faculty of Engineering, Department of Electrical Engineering held an industrial visit on Wednesday, April 12, 2017 at Lelco Manufacturing (Industrial Area Jatake Block AC No. 08, Jalan Industri 4, Sukamantri, PasarKemis, Tangerang, Banten 15710 ) which has an industrial estate area with ​​approximately 7 hectares area for the production process. PT. Lelco Trindo Nusantara is one of the companies engaged in the field of electricity that is making the tools supporting electricity (Electrical Supplies). This company has two different brands namely Spectra and BΩSS. Spectra itself is a brand that markets large-scale lighting products, one of which exists in gas stations all over Indonesia. Meanwhile, BΩSS is a brand that sells electrical products both inside and outside the country, such as MCBs, switches,etc. In Lelco Manufacturing itself, the production process is divided into two divisions, which are the Plastic Division and Metal Division. In the plastic division, it has a role in producing plastic and PVC based parts. While the metal division itself plays a role in producing parts that are metal or metal based. This industry visit aims to enable students to learn the practice of the science gained on campus and gain new experiences about the electrical industry that has never been previously obtained on campus. In addition, the existence of new motivations that can provide encouragement for students is also felt very well, one of them through the production design department in the factory. In the department, students are introduced to studies and research developed for the production process. Through creativity and innovation, new products continue to be improved for the better. From that point, the students become aware of the important role of ideas and ideas in creating things is important in the world of engineering in this modern era. “An idea is like a lamp, it will glow even brighter as long as the idea continues to grow. However, it will stop shining and die when those ideas and ideas cease to be created “.