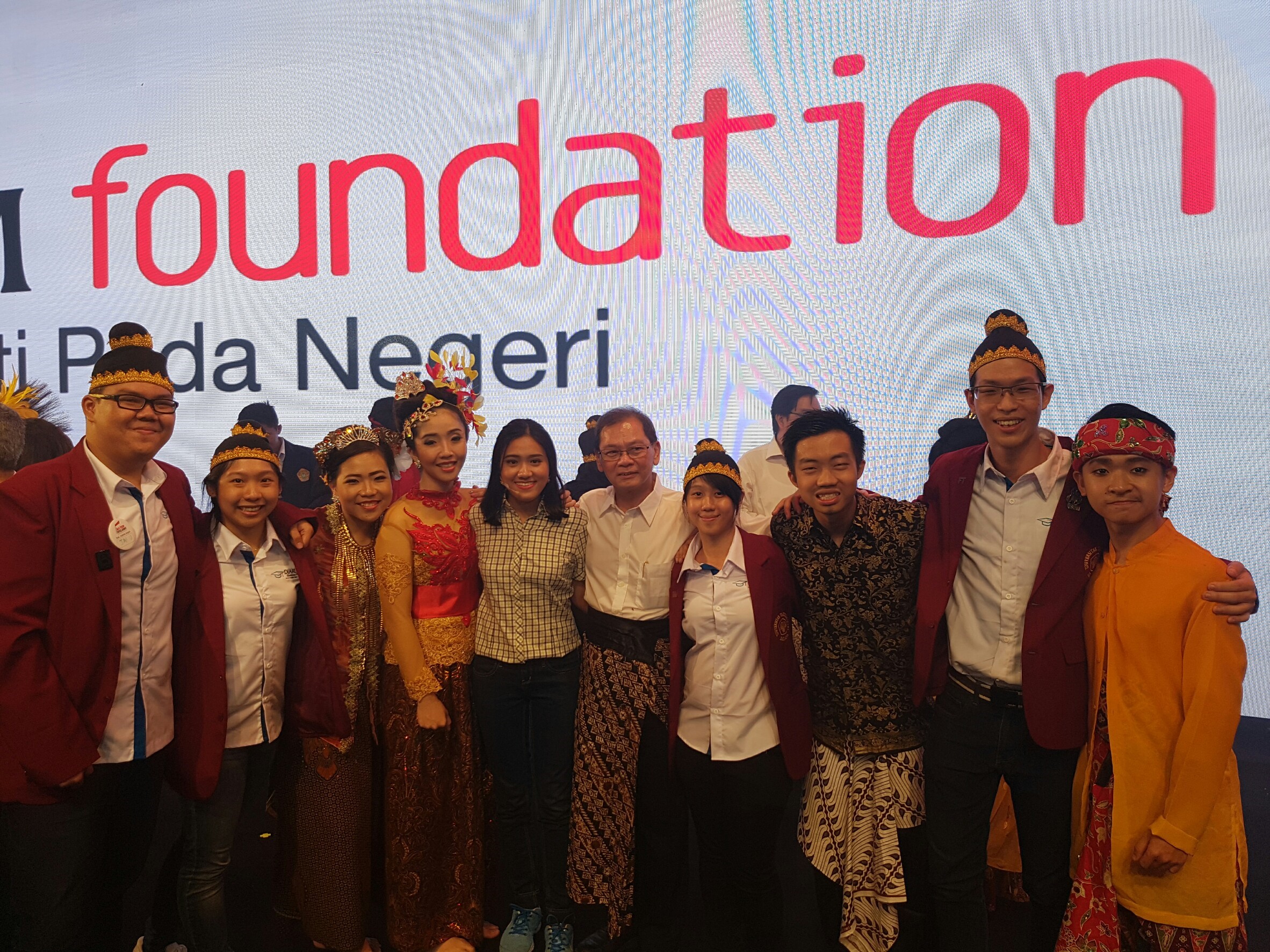 Beswan Djarum is the nickname for the receiver of Djarum Scholarship Plus. The scholarship program is one of Djarum Foundation’s active role in advancing education in Indonesia. Through a series of rigorous selection tests, Djarum finally selected 525 high-achieving students from all over the country to be crowned as Beswan Djarum batches 32. There are 9 students from the University of Tarumanagara, in which 2 of them are coming from the Faculty of Communication Sciences, Chicilia Wongsodiredjo and Michelie Tamara who received Djarum Scholarship Plus Year 2016/2017. In addition to getting a scholarship fund for one year, Beswan Djarum also received training in soft skills which include Nation Building, Character Building, Leadership Development, Competition Challenges, and International Exposure.   Nation Building was held on 11-15 November 2016 in Semarang, Central Java. For 5 days, Beswan Djarum doing cultural visit and also practiced intensively in order to present a combination of performances of acting, dance and voice at Night Dharma Puruhita. This year, Nation Building with Earth Gema theme Palapa take history in the kingdom of Majapahit, in which they stressed the importance of unity in diversity.   Once equipped with insight of nationality to make a stronger and unity in Indonesia, Djarum Beswan forged to become the nation’s leader and self noble character in Character Building. Based in Cikole, Lembang, West Java. The 4-day event was aimed to foster the nature of reliability, responsibility, respect, fairness, caring, and citizenship.   The next series of training Beswan Djarum is Leadership Development that took place in the second city of Surabaya and Yogyakarta. The training aims to establish a leadership values on ourselves.   Other than that, Beswan Djarum was given the opportunity to apply various skills that they have learned by engaging directly in giving a way out to a social problem in the neighborhood where they are located through a program of Community Empowerment which will last for 6 months (February-August 2017 ). Beswan Djarum in groups run the program together with the community. Previously, each group should make a proposal until the program eventually selected a proposal by the sharpness of analysis, accuracy of solution, technical readiness, potential for sustainability, and sustainability of the program. Beswan Djarum of Tarumanagara University became one of the ten groups which were selected to run the program Community Empowerment.   Chicilia Wongsodiredjo