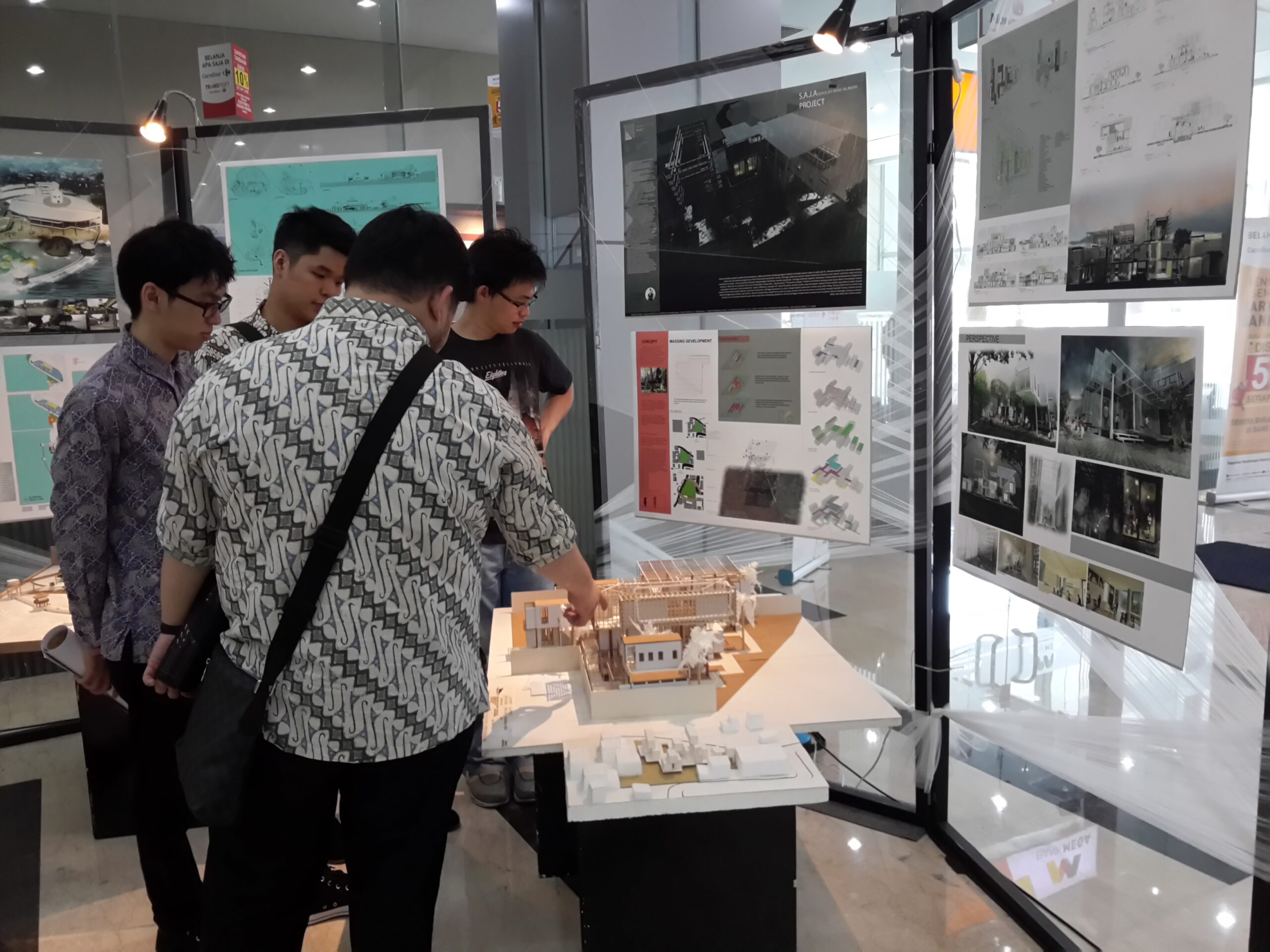 23 to January 27, 2017, S1 Students of Architecture UNTAR showed their project in an exhibition. The exhibition was held in the First Floor of Main Building of Campus 1 UNTAR . The exhibition is called “Public Exposure” for student designs. Some student projects are displayed to be enjoyed by those who come. Among the the projects made by students, it has been selected three project that go into the best nomination. The nomination was obtained from the assessment by architectural practitioners. The best results will be announced later in the yudisium of architecture department on January 25, 2017. One of the results that made it into the nominations is a work in the form of a school with the title S.A.J.A. Project. The project was designed by Bryan Sugata (315120079) with a scale of 1:50. This work is designed to be a multifunctional building which can be built quickly at a low price. Besides, this building does not use AC but an Eco Cooler from used soda bottle and poly-carbonate panel. Hopefully the projects displayed in this exhibition can be an inspiration for Indonesian students. Hopefully the students of architecture became more excited when working on their design.