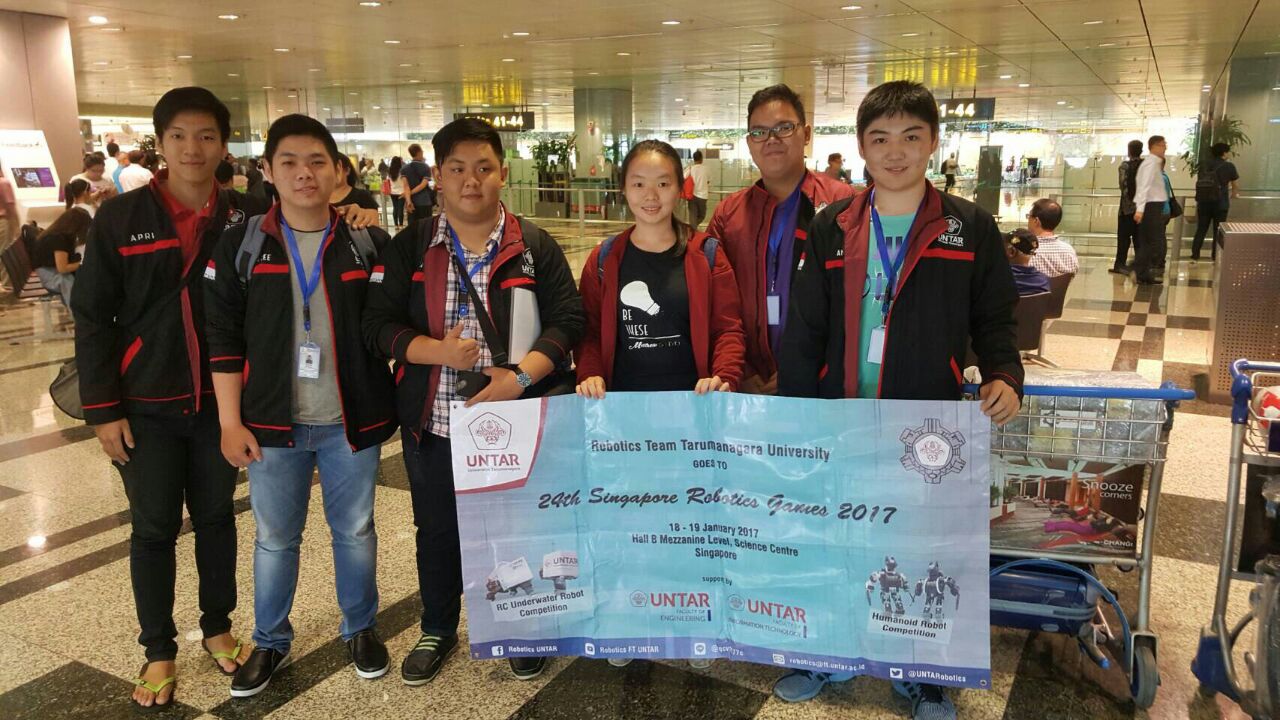 On January 16, the robot team UNTAR alias Robotics UNTAR headed to neighbour country, which is Singapore. The purpose of this departure is to participate in a robot  contest there. This annual contest is the 24th ie 24th Singapore Robotics Game. The contest was held in Hall B contents Mezzianine Level, Science Center, Singapore. In this contest, the robots competed to complete the missions of the committee and judged by the judges. One of the robots that competed from UNTAR is Underwater RC robot whose task is to complete the mission in an aquarium as a simulation in the water. The Robotics Team which is departed consisted of 7 people who are Danieal, Januar Chayadi, Anthony Susanto, Jessica, Selna Rustam, Aprianto Halim Son, and Kevin. They also consist from several departments which are Information Technology, Industrial Engineering, Electrical Engineering, and Mechanical Engineering. The team brings four robots to be competet. The robots are two underwater robot RC (ROAKS_1 and ROAKS_2) and two humanoid robot (Devata and PANDA). Fighting.