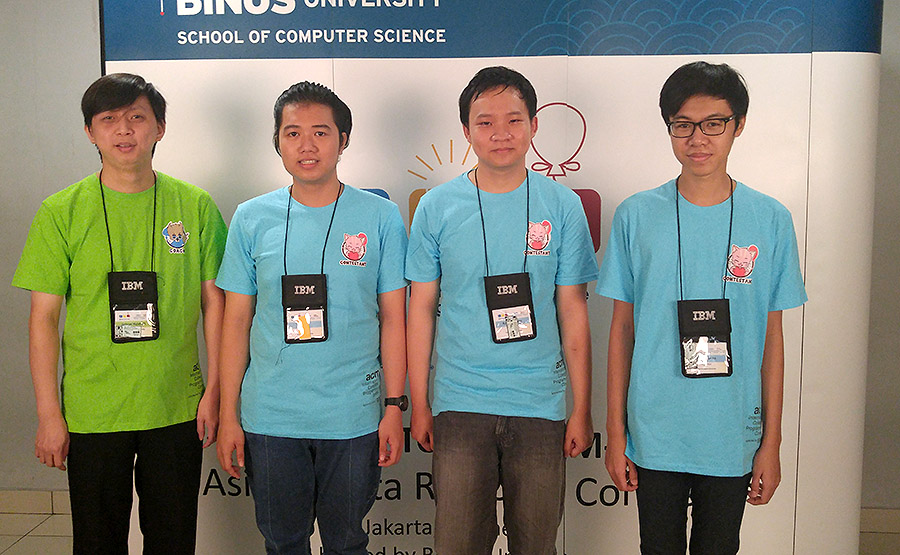 The ACM ICPC had already been held since 1977. The winners from the regional contest are invited to the World Final which in 2017 will be held at Rapid City, South Dakota. For 5 hours, each team consisting of 3 students competes to solve 12 programming problems that need deep understanding of various algorithms and data structures. Every problem can be solved using C, C++, or Java programming language. Team with most solved problems and least penalty time will be the contest winner. In the end, teams from Taiwan, Singapore, and Vietnam are the first to the third winner, respectively, of the ACM ICPC Regional Jakarta 2016.

The ACM ICPC has been held annually. In Indonesia, every team can compete at the provincial level such as CompFest, Petra Informatics Competition, INC, and IdeaFuse before qualified to the regional contest in Jakarta. FTI Untar has been sending teams to compete in the contests consistently for years and will continue to do so. (j)