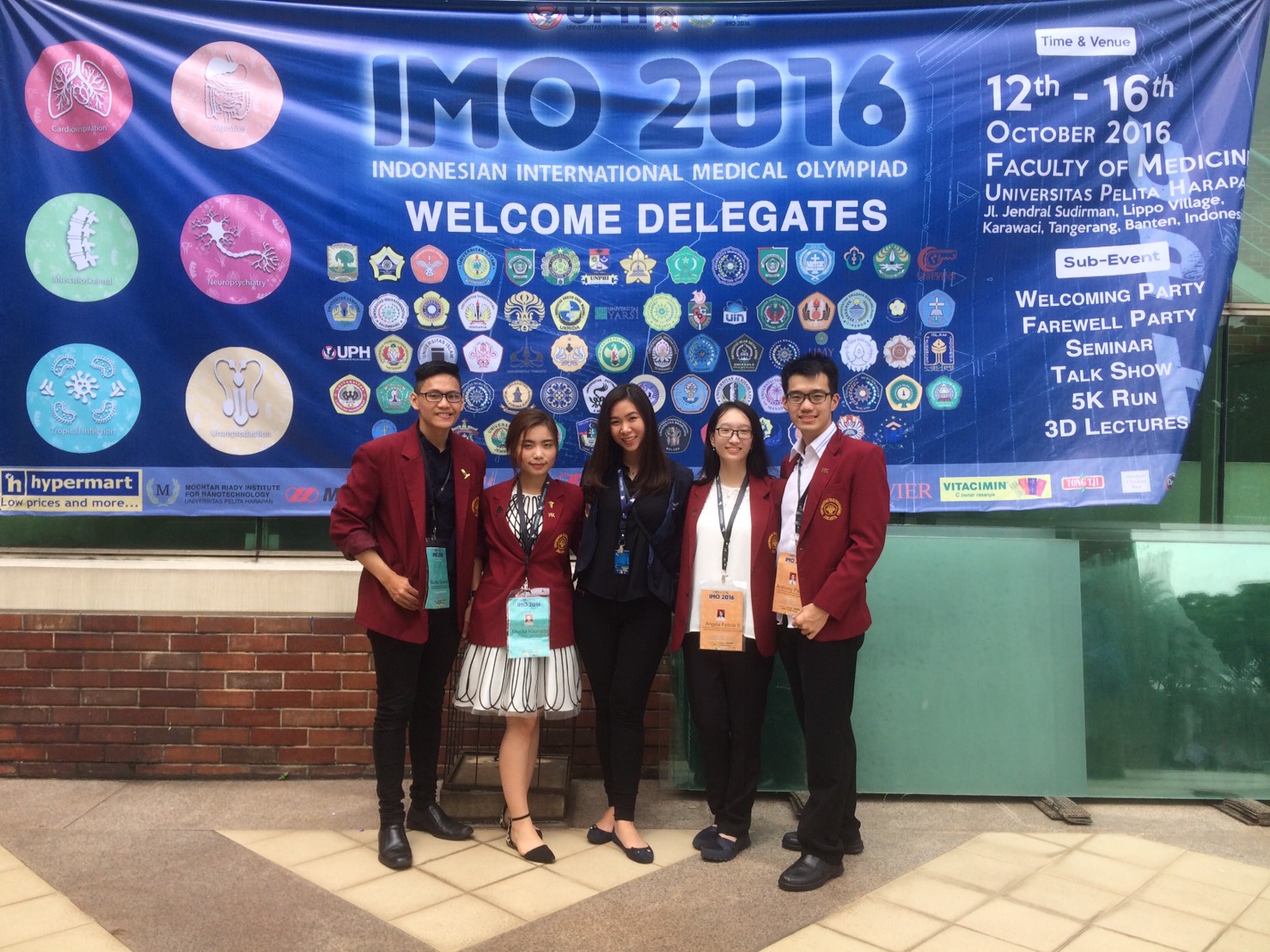 FK Untar joined the 2016 International Medical Olympiad, a competition which can be entered by national and international medical students. This year, the competition was attended by 3 countries who sent 628 delegates from over 65 universities, which were Indonesia, Malaysia and Philippines. In this competition, FK UNTAR sent 2 teams, which were Anthony Paulo Sunjaya and Angela Felicia Sunjaya team for the Digestive and Poster Presentation branch competition, and Sheilla Khonada and Burhan Gunawan team for the Tropical Infections branch competition. FK UNTAR’s delegates were able to achieve the best Research Poster Presentation and reached the semifinals for the Tropical Infection competition branch. On this event, there were also a live 3D cinema lecture about Brain and Its Catastrophes and Symposiums which encompassed Surgery, Obstetrics and Gynecology, Internal Medicine, Pediatrics, and Neurology topics. At the end of the event, there was the Fun Run event which were attended by all participants and the host from Pelita Harapan University.