The Act of Broadcasting Through New Media 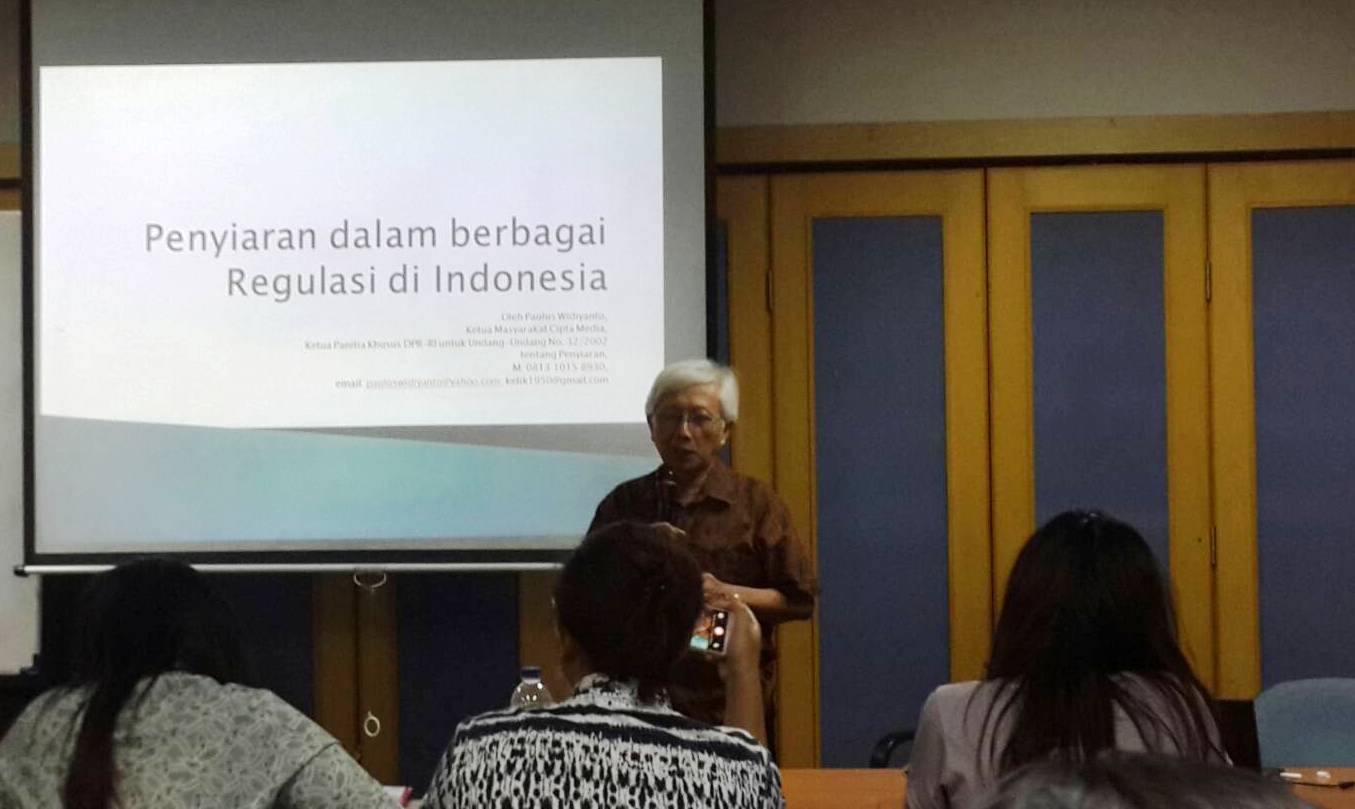 Kapita Selekta Fikom UNTAR Class, Tuesday (27/9) arrival of an expert on the regulation-making provisions of law, Paulus Widiyanto. In this occasion, one of the interesting topics discussed by Paulus is about the Act which regulates broadcasting through new media.

According to Paulus, this condition can’t be left because there is no clarity to resolve the problems associated with the use of new media in broadcasting. Parties involved in the matter using the press law or broadcast law but ultimately collide and can’t be determined who should be responsible for the problem. To address this problem, governments and other regulators are drawing up legislation which is expected to regulate and resolve the issue of broadcasting and new media. (S / A / L)