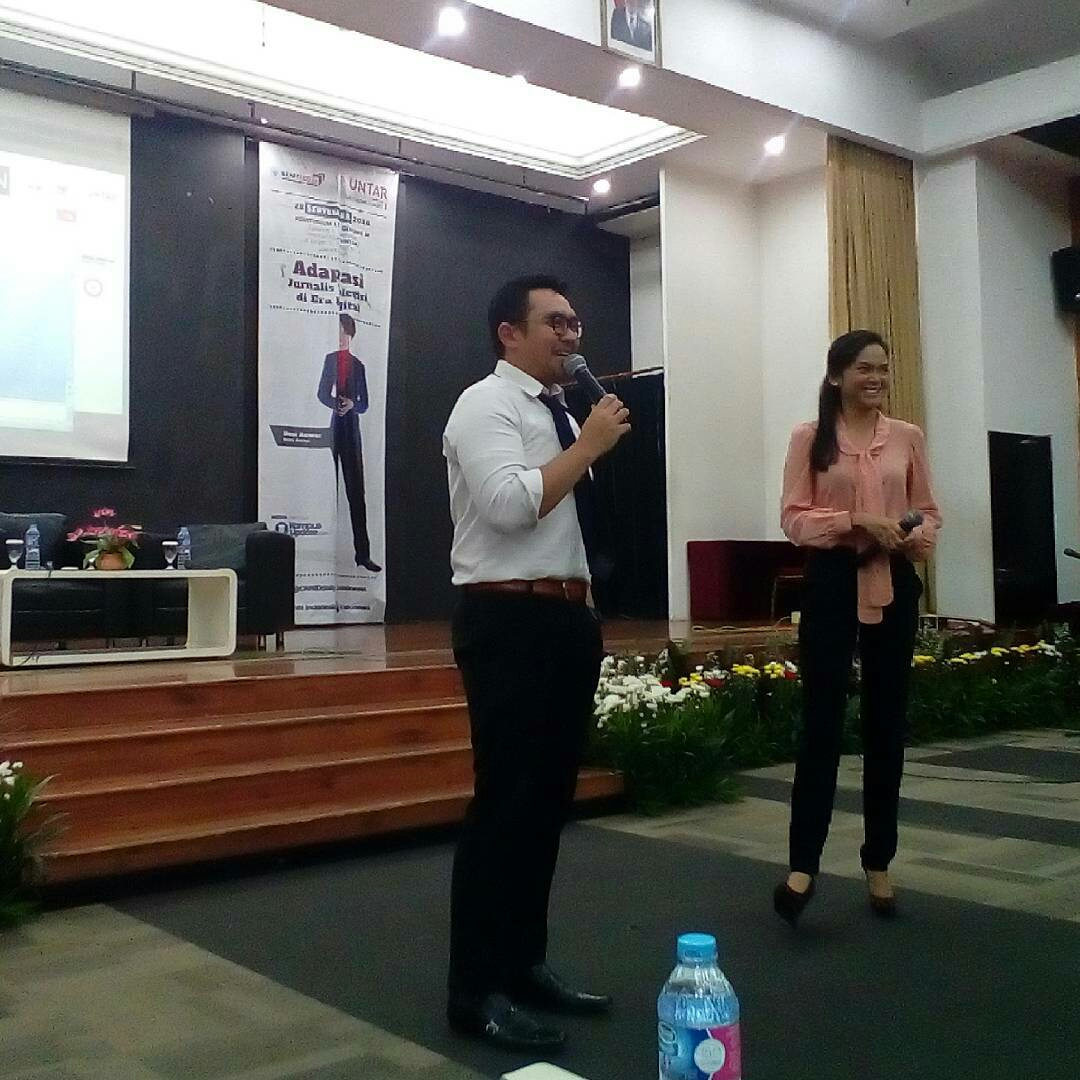 This event has two sessions with different themes. The first session was attended by Desy Anwar as a speaker with the theme ‘Adaptation Television Journalists in the Digital Age’. The second session was attended by the Prabu Revolusi and Annisa Pagih as the speakers with the theme ‘Mastering Public Speaking For The First Step To Become A News Anchor ‘.

The second session also called newsroom session no less exciting with the first session. In this session, Prabu Revolusi and Annisa Pagih recounted their experiences during become news anchor and provide tips for students interested in the field of Journalism.

“Being a journalist becomes an unforgettable experience because it really take a look and feel directly on the spot events occurring around the world. Not only need to master public speaking abilities, but we must also have the ability to control ourselves,” said Annisa Pagih when told of his experiences into a news anchor.

“Talking with confidence. Being a great speaker is the right of every person. Actually, almost all the great communicator was once a poor speaker,” added Prabu Revolusi.

Not only that, the same as the previous session students are also given the opportunity by giving some question and will get direct response by the speakers. Question and answer session was greeted with enthusiasm by the students who participate in providing questions to the speakers. (S/A/L)