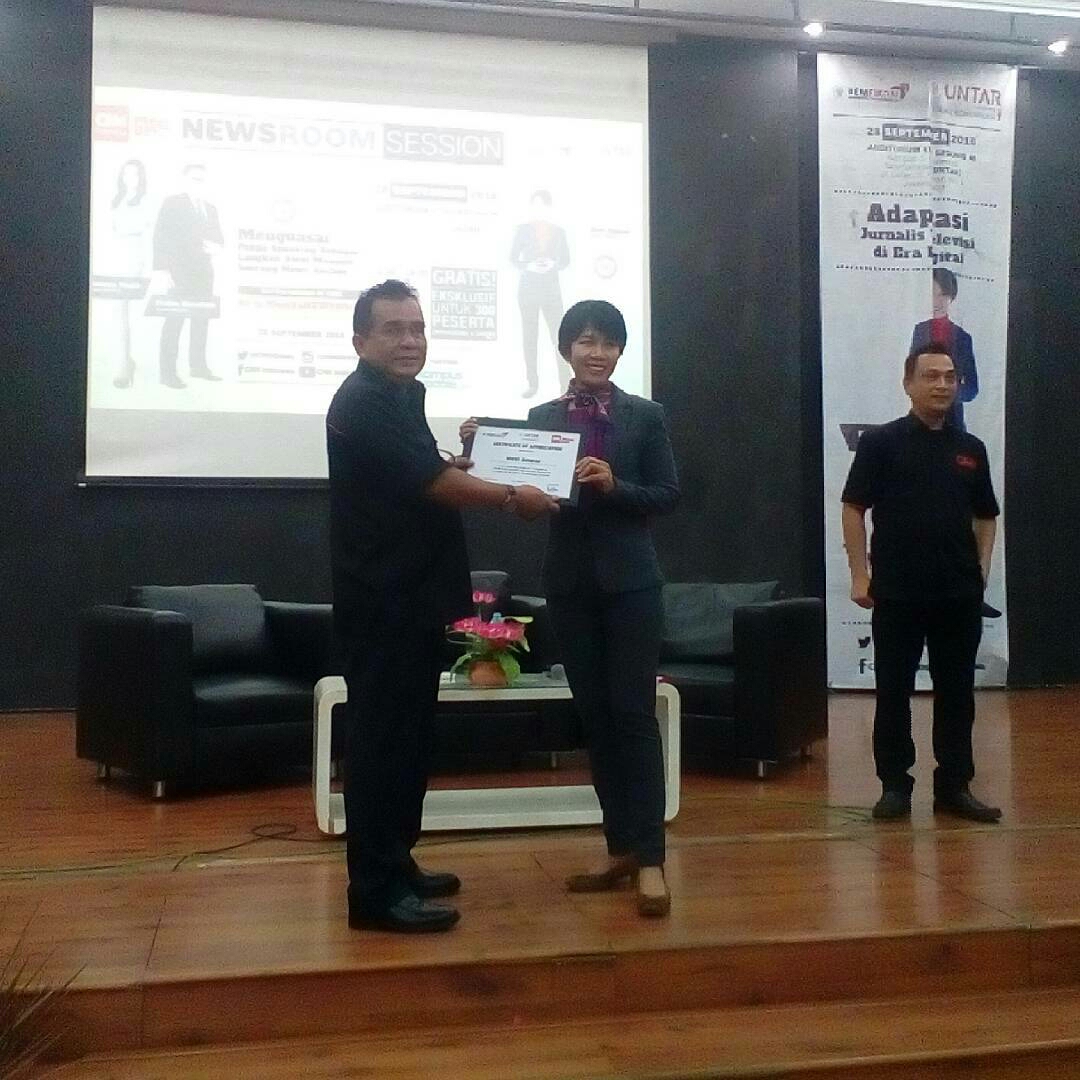 CNN as one of the popular news television station in Indonesia held a talk show on Tarumanagara University. BEM Fikom UNTAR cooperate with CNN to hold this event (28/10) at the Auditorium of the Tarumanagara University M buliding 8th floor. This event has two sessions with different themes. The first session was attended by Desy Anwar as a speaker with the theme ‘Adaptation Television Journalists in the Digital Age’.

Desy Anwar told of her experiences from start to work in 1990 in Seputar Indonesia until this time she has successfully become a news anchor. In addition, she also provides new knowledge to the students about the digital era. She said that today’s digital era gave birth to the era of community. And in this era anyone who can access the Internet can create their own news for current news into the public domain