The Duality in New Media 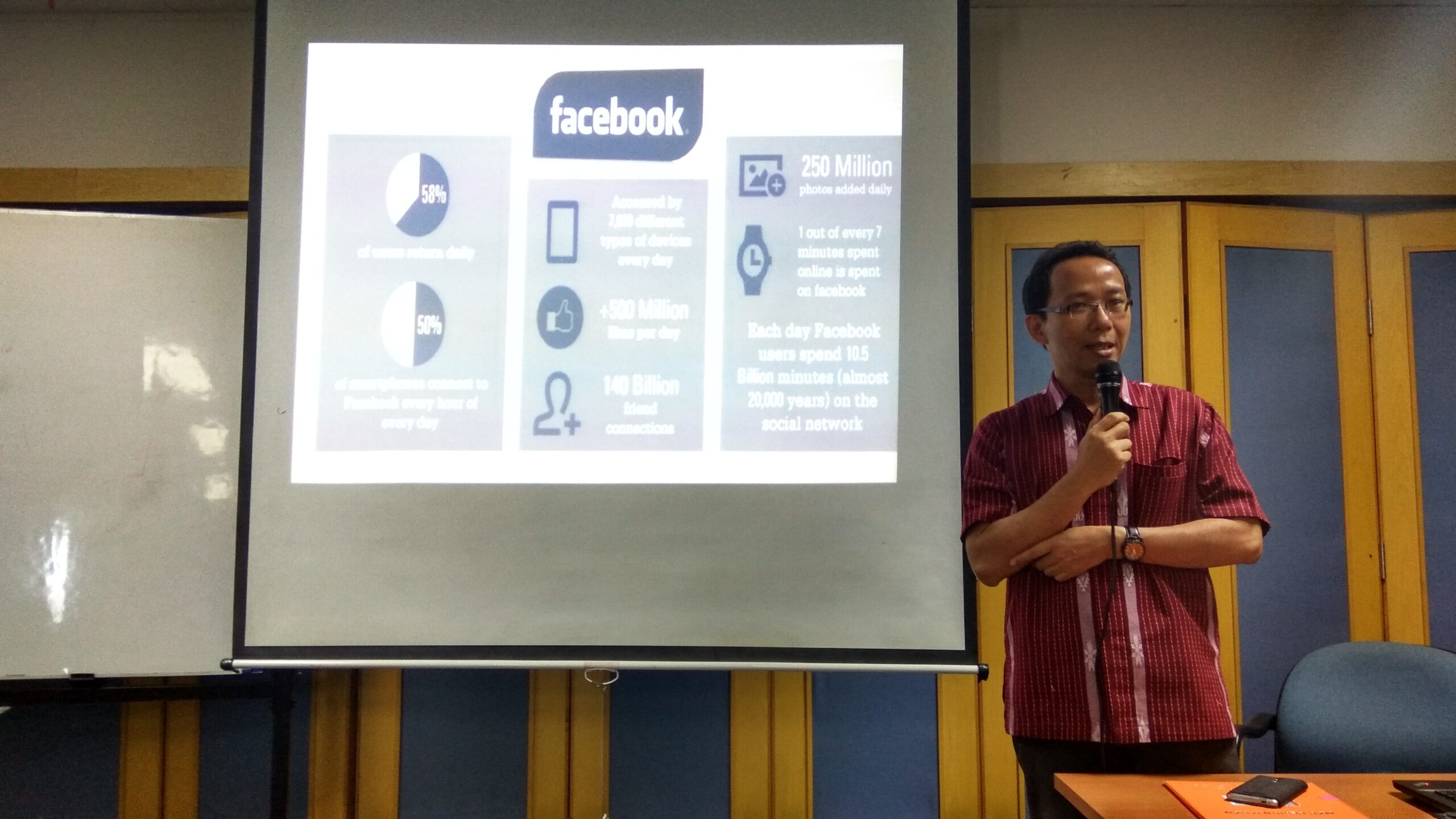 New media is a digital medium that uses the internet such as social media, online news portals, search engines, and so forth. We spend considerable time in use new media. Besides providing entertainment and information, it also gives losses. It is called the duality in new media. “When we use Facebook, Facebook asks for personal information such as what kind of things we like, recording all the status and our pictures. It becomes data that provided to advertisers and from there it got the profit. But we no longer have any privacy,” said Agus.

In addition the user privacy is removed, new media can also narrow jobs. “A lot of people read the news through online news portals, this causes a drop in newspaper sales. The sales decline could make a newspaper deliveryman lost his job, “said Agus. (S / A / L)