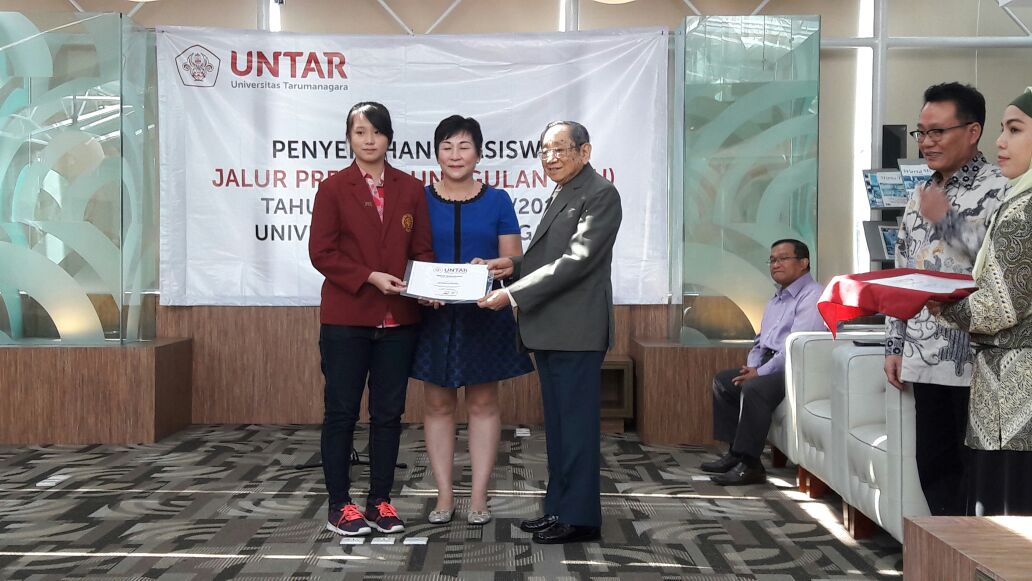 On Thursday, June 23rd 2016, the 2016/2017 “Jalur Prestasi Unggulan” (JPU) Scholarship was given to selected student candidates of Tarumanagara University from across the country. On this event, the parents and guardians of the chosen candidates attended. Prof. Ir. Roesdiman Soegiarso, M.Sc., Ph.D., the University’s Chancellor, reminded the candidates to prepare themselves, to build their future through education which they will have in Tarumanagara University. Mr. Indra Gunawan also advised the candidates to take full use of this opportunity. Tarumanagara University is also undergoing changes, in an effort to increase it’s human resources development, so that the candidates who are successful in their studies and are interested to become a lecturer, can have a scholarship to help them reach their dreams studying as post-graduate students, up to an S3 degree. The candidates were also encouraged to learn a minimum of 2 language, which is English and Mandarin On this occasion, the FK Untar’s candidate who succeeded on the tests and selection to be awarded with the scholarship is Tania Vandarina from SMA Santo Yosef, Pangkalpinang.