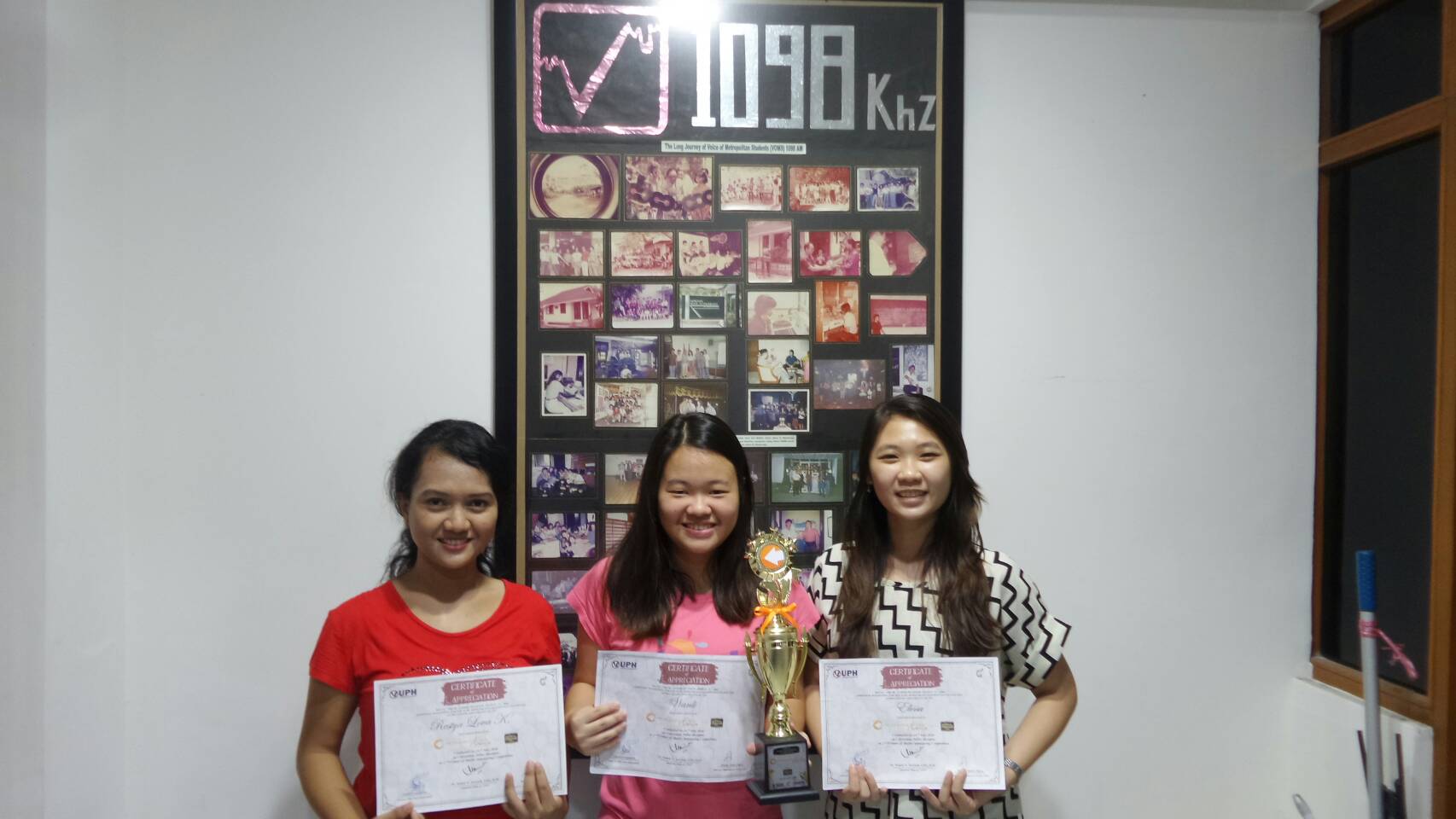 Three student of Fikom UNTAR , Elissa , Restya Lova , Wanli won second place at  Radio Announcing Competition organized by Pelita Harapan University ( UPH ) ( 24/5 ) . Not Only from Fikom UNTAR , the competition was also attended by students from other universities such as BINUS , UMN and UPH .

“The reason we follow this competition to test the ability and try to compete in order to learn from other contestants , ” said Elissa , student of 2014 batch .

Radio Announcing Competition has only one round . The participants show their ability of broadcasting in the broadcast room. Fikom UNTAR ‘s team announcing  with theme about  colorful theme iridescent Indonesia .

“We love to know the news of Indonesia , yesterday we raised the matter of Javanese batik , ” said Elissa. (S/A/L)