Social Charity “A Small Step Towards A Big Concern” 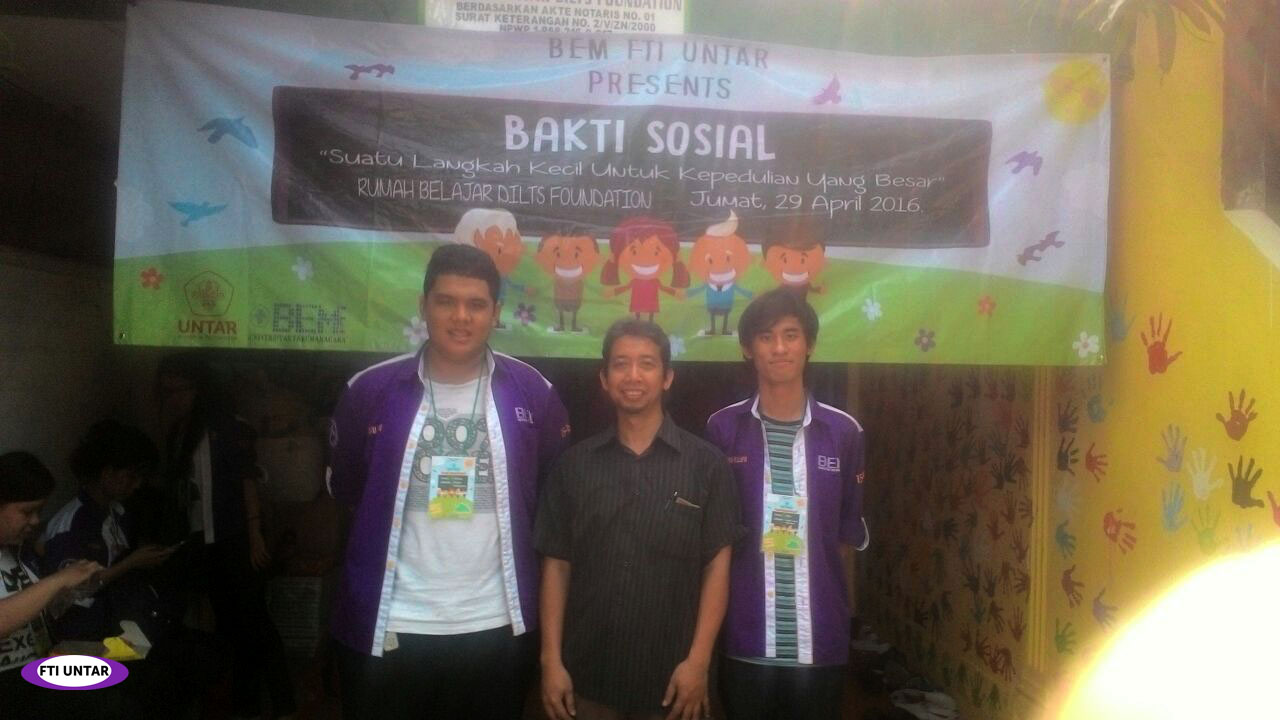 To build a prosperous, righteous, and equally living development in Indonesia society is not only part of government responsibility, but a whole society responsibility who have a better social economic scale. This aspect has an active role in enhancing the society welfare in one nation. Students as the young and next generation who also part of the intellectual element in society was demanded to actively and critically participate in national developments. One of the ways which could be done is to hold a charity event.

Based on the similar means and purposes to the previous charity the Students’ Executive Board of the Faculty of Information Technology has held a charity event on 29th April 2016 in Rumah Belajar Dilts Foundation Pasar Minggu, South Jakarta. They attended to help and introduced the students to technology. It hoped the students of Rumah Belajar Dilts Foundation could update and adapt the new technology development nowadays.

Dilts Foundation was officially registered as the foundation of education and health in Indonesia on 1st May 2000. Recently, Dilts Foundation has developed and established an education center with more than 200 children (4-15 years old range) as the students.

The theme of this charity event was “A Small Step Towards A Big Concern”. The purpose of this event are to: