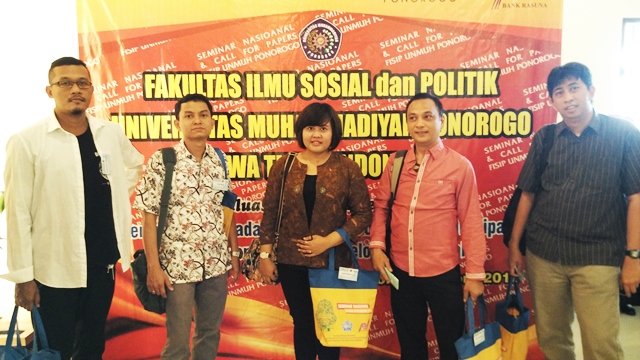 The nation’s dynamics of politics is always interesting to be discussed and become an important study in the world of communication science. The problems associated with it can be seen from different angles and perspectives. It is also attract the attention of FIKom UNTAR’s lecturer to present their result of thought and research in the National Seminar (Semnas) 2016 “Evaluation of Election Unison: Building Awareness of Politics and Communication Participatory Towards Strengthening Governance” at the University of Muhammadiyah Ponorogo, Saturday (9/4). Semnas which followed by some experts and lecturer in political communication from various universities throughout Indonesia, have discussed various subtopics related to political communication.