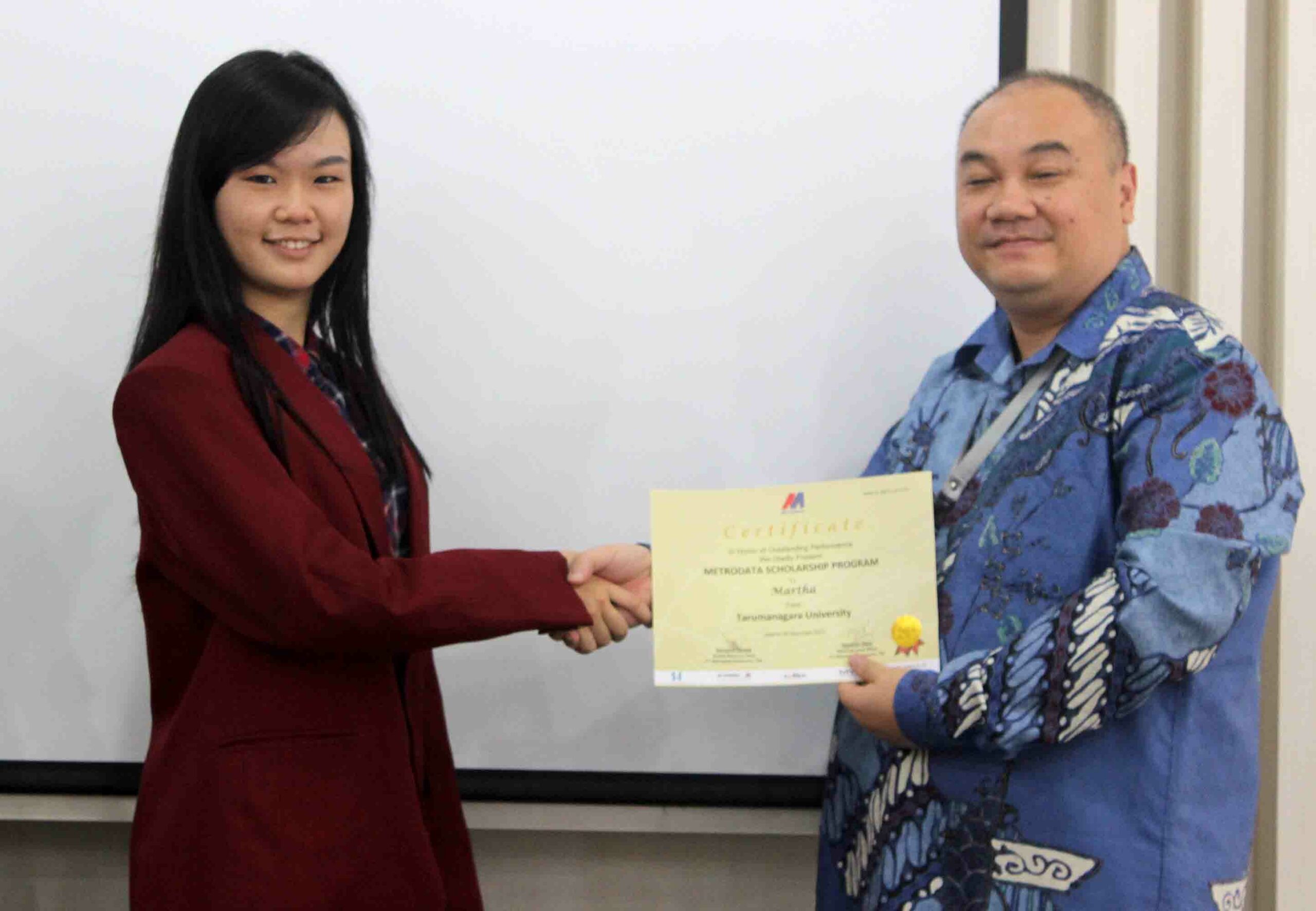 Martha (NPM: 535130019) Student of Computer Science Program Faculty of Information Technology (FTI), has been selected to receive scholarship from The scholarship symbolically given by mr. Tarcisius Tatang from PT METRODATA Electronics, Tbk., on Thursday, March 17, 2016 in the FTI’s meeting room at building R 11th floor. Martha who has a 3.9 GPA, receives a scholarship Rp5,000,000, – from the 5th to 8th semester. The scholarship is expected to have a positive impact to the beneficiaries, Tarumanagara University especially FTI, and METRODATA Group itself.

PT METRODATA Electronics, Tbk is one of the largest information and communication technology (ICT) solutions in Indonesia. Established on February 17, 1983 as one company in the METRODATA group which has been involved in the ICT field since 1975. Since its founding, the company had changed its name several times and most recently on March 28, 1991 the name was changed to PT METRODATA Electronics, Tbk. until now. METRODATA is the only ICT companies listed in Indonesia Fortune100, and received prestigious awards from other media such as The Best 50 Companies – Forbes Indonesia, The Most Powerful & Valuable Company – Warta Ekonomi Magazine, Top Issuer – Investor Magazine & Asia’s Best Companies 2015 (Best Small Cap – Category) – Matalan Finance Asia.

The scholarship program provided by the PT METRODATA Electronics intended for all students in the ICT field who have completed four semesters of collage. For the last 2015, the scholarship awarded to two outstanding students from universities in Jakarta and surrounding areas. This program is expected to support the development of education in Indonesia, especially in the fields of Information Technology and to those who want to learn but lack of financial support. 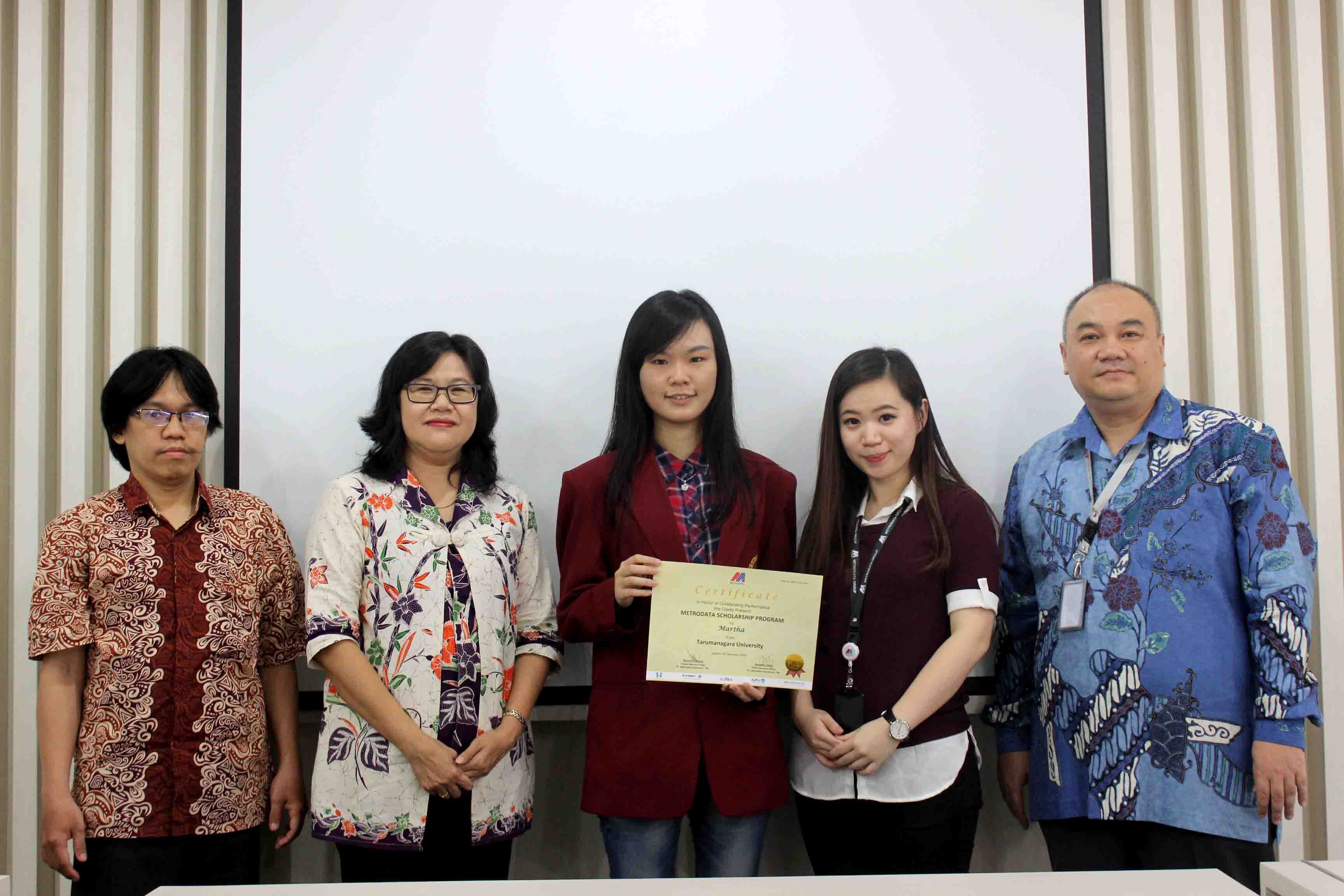