Paul Grigson : ” Ingenuity of students at @UntarJakarta is very impressive..” 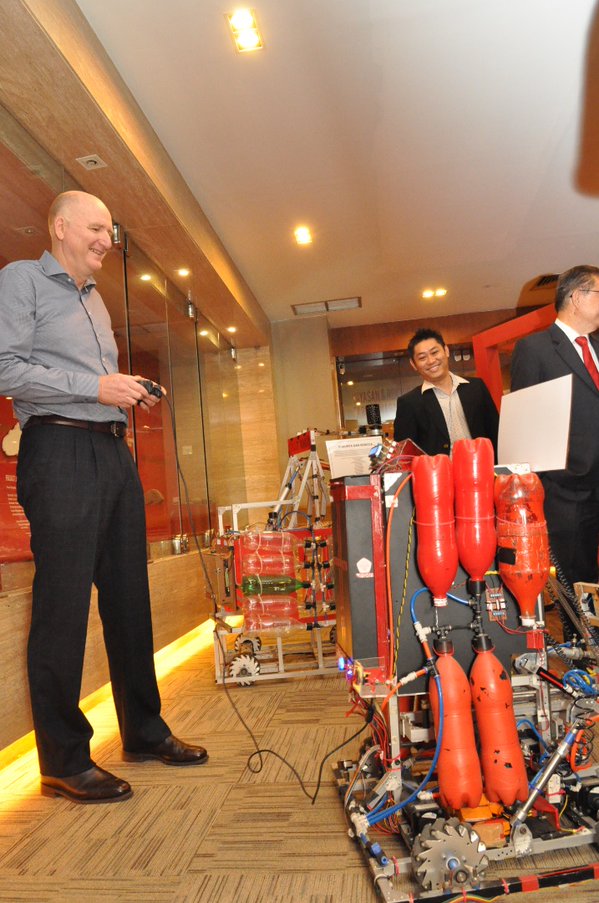 Thursday, January 21, 2016, the Australian Ambassador, Mr. Paul Grigson, came to visit Tarumanagara University. A visit to a college campus 1 and 2 UNTAR accompanied by the rector of the University Tarumanagara directly to see the campus and students UNTAR.   During a visit to Campus 1 which is located in Grogol, Mr. Paul Grigson saw the robot team that exist under the auspices of the Faculty of Engineering which is called ROBOTICS UNTAR. Robots that have been made by the students were displayed.   The students’ creations was also shown and can be played. One of the robots shown was a robot designed to play badminton. The team also explained that in the near future, they will follow the Robotic Games in Singapore.   “Robots playing #badminton! Soon to compete in Singapore. Ingenuity of students at @UntarJakarta is very impressive.”, said Mr. Paul Grigson in his Twitter account when viewing and playing robots made by ROBOTICS UNTAR.