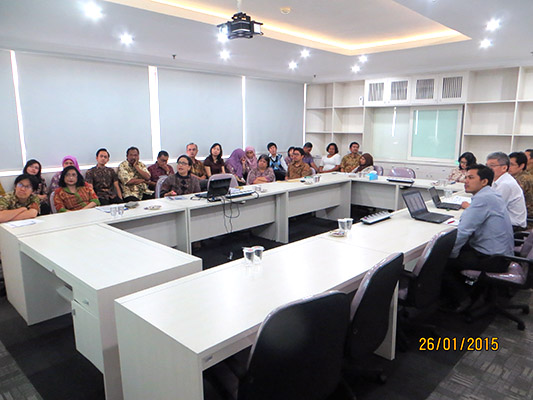 On January 26, 2015, the Faculty of Information Technology UNTAR held audits of ISO 9001: 2008 (surveillance audit of ISO 9001: 2008 for recertification).
The audit team comes from Indonesia URS Certification Agency, which is representative of URS United Kingdom accredited by UKAS (United Kingdom Accreditation Service). At the closing meeting, the chairman of the audit team (Mr. Luke Budianto Santoso) states that FTI Untar entitled to return the Certificate of ISO 9001: 2008, without any minor findings.
ISO 9001 is an international standard of the quality management systems. An institution / organization that has received accreditation (recognition of an independent party) ISO, it can be said to have met the international requirements in terms of quality assurance management products / services it produces.
FTI Untar has implemented ISO 9001: 2008 since 2011. The first certification obtained in January 2012. In January 2015 FTI Untar back to get certification of ISO 9001: 2008